Raised in the Sierra Foothills of Meadow Vista, California; David Emerick is a writer, musician, journalist, and videographer. His family had deep musical roots, during the 1950’s his mother studied Broadway voice while working switchboards at Decca Records in New York City.

In college at UC Davis, Emerick became obsessed with guitar and songwriting – particularly the work of Neil Young, Peter Buck and Johnny Marr. In the ensuing years, Emerick fronted a number of indie bands throughout the 1990’s in Northern California – including The Said, and Bellstar.  Both bands released two albums.

In 2006, he moved to the East Coast to live in Washington, D.C. There, he released two solo albums, the wildly diverse Maryland, and Virginia – with Maryland deeply entrenched in alternative tunings and sonic complexity, and Virginia exploring alt-Americana themes with mandolins, banjos, and a hired fiddle player.  During this time he also released on Amazon his first novel The Silent Year - available on Amazon here.

Champ de Mars is the latest ‘band’ incarnation of his music. However, instead of the traditional three-piece, four-piece type ensemble – this band is more of an amalgamation of contributions from a number of people Emerick has made music with over the years.

Our first EP Back from the West was recorded at our basement studio in Alexandria, Virginia throughout 2015.

Recording for our first full length disc Rancho Seco Victory began in earnest in the fall of 2017 and continued throughout the winter, with mixing and mastering stretching into June of 2018.  It is currently available for order, as well as on iTunes, Spotify, Deezer and Google play. 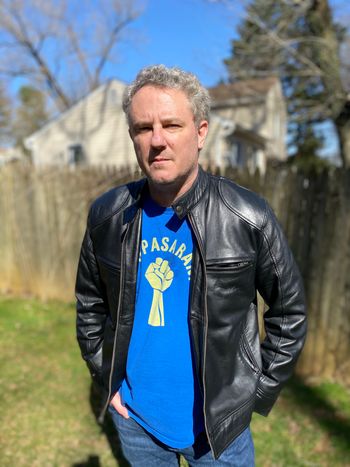